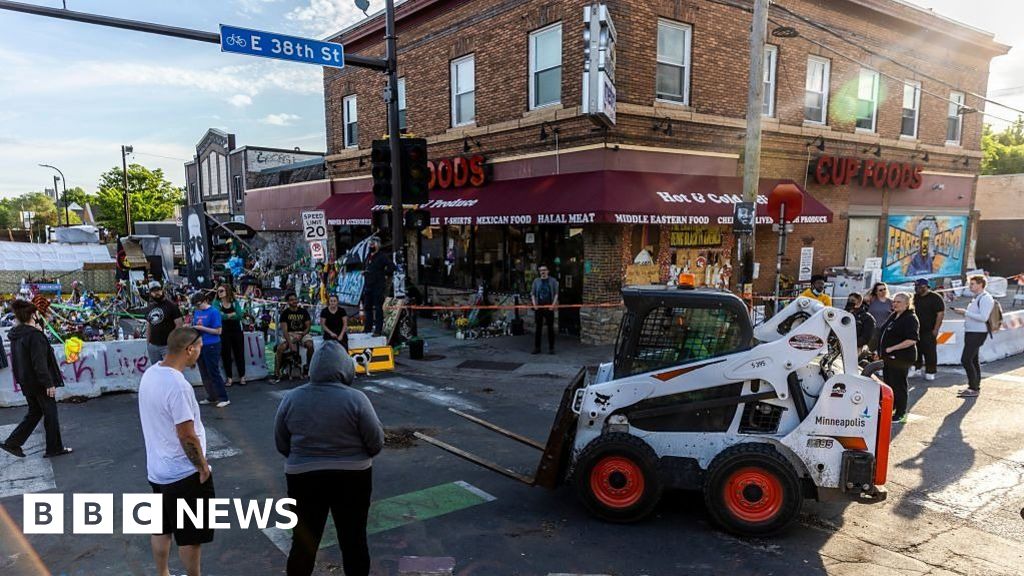 George Floyd Square in Minneapolis has served as a public memorial to Floyd in the year since he was killed by police. Now, it’s being cleared out and opened up to traffic.

Activists at the site say the city did not notify them before crews began clearing barricades. City officials say they plan to build a permanent memorial to George Floyd.