‘I’m ashamed my father was a Capitol Hill rioter’ 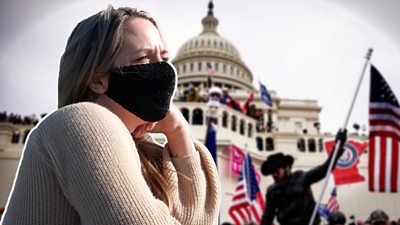 Over the past five years, Robyn Sweet became more concerned as her father became immersed in far-right conspiracy theories. Then she saw the picture of him in handcuffs inside the US Capitol building on 6 January.

Douglas Sweet declined to be interviewed by the BBC.

He is one of hundreds of pro-Trump protesters who stormed the US Capitol four months ago. We look at how many people have been arrested, and ask what punishment they might face.