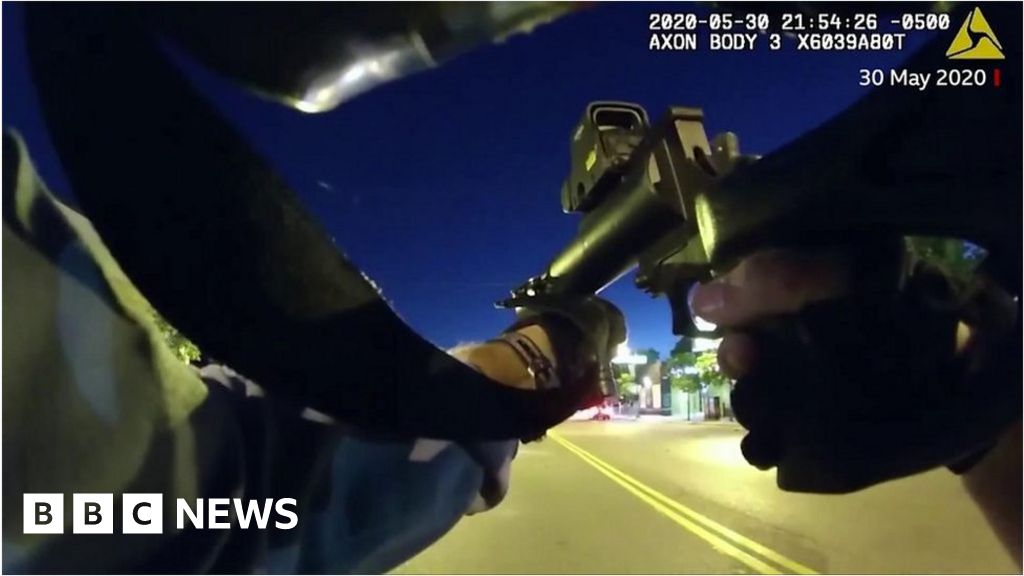 It’s one of the scenes from newly released bodycam footage from the night of 30 May, 2020, as police patrolled a city under curfew five days after the murder of George Floyd. While most of the protests were peaceful, there had also been violence, with a police station set alight two days earlier.

An internal police investigation is under way into the conduct of the officers. The BBC asked an activist who was involved in the protests against police brutality, as well as a former NYPD detective to analyse the footage.