Near-miss for pilot saved from downed plane hit by train 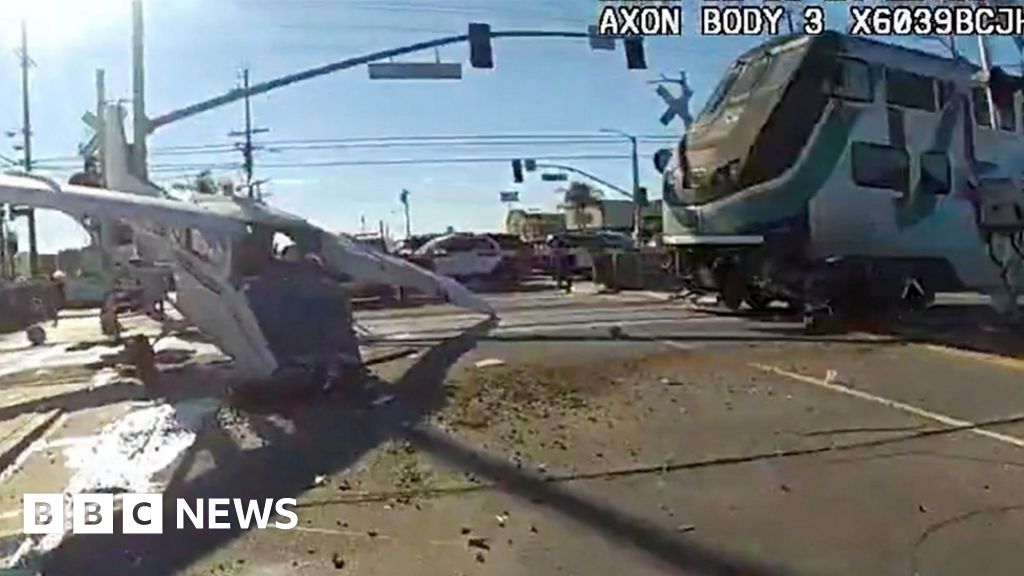 Moments after a plane made an emergency landing on some train tracks, bystanders and police pulled the injured pilot out of the aircraft. Footage captures the approaching train and the moment the single-engine plane is broken into pieces by the collision seconds after he was pulled to safety.

California police released the dramatic body camera footage of the moment. The pilot was transported to a trauma centre with unspecified injuries.