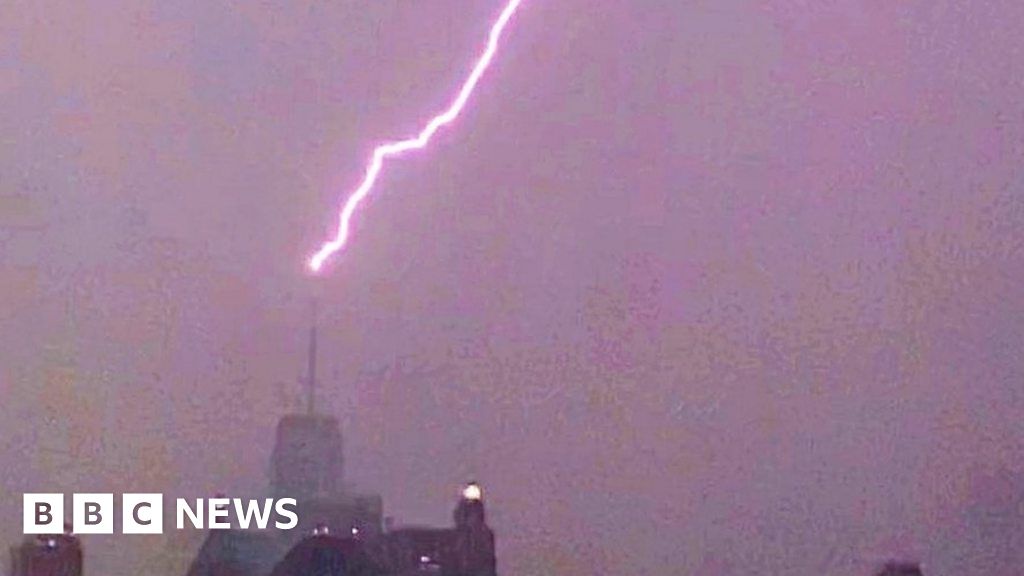 Striking video has been captured of lightning hitting the One World Trade Center in New York City, as Storm Henri approached the north-east of the US.

Heavy rain caused by the storm has caused damage across several states.

Millions of people have been told to prepare for flooding, as well as downed trees and power lines.