Why Mexico is not prepared for the migrant caravan 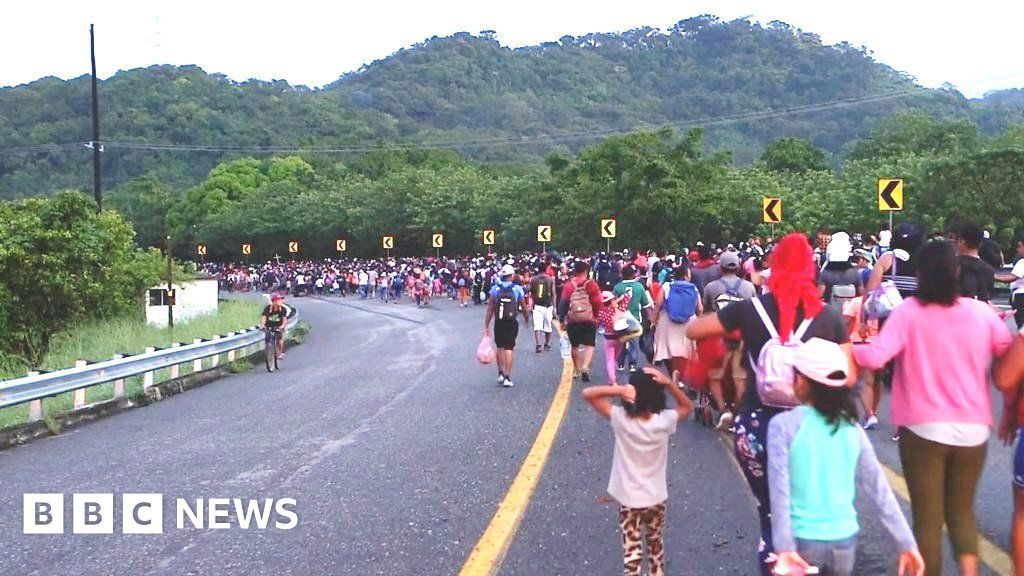 A single issue has dominated the US-Mexico relationship in recent years: immigration.

For President Donald Trump, it was almost the only lens through which the White House considered its relationship with its neighbour to the south.

Now, under President Joe Biden, migration remains the priority as record numbers make the journey north, often expecting entry to the US will be easier than before.

Recently, thousands of migrants from across Latin America attempted the trip as a single group.

BBC correspondent Will Grant met them as they travelled.