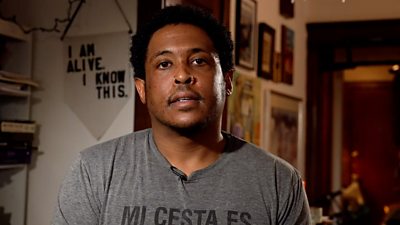 The Derek Chauvin trial in Minneapolis is triggering fresh trauma for many Black Americans who have seen their pain televised in countless viral videos.

Recording of police brutality has led to action in cases like George Floyd’s but comes at an emotional cost for many.

The BBC’s Larry Madowo has been speaking to activists in Minneapolis about Black exhaustion and why the Black Lives Matter movement is also a heavy burden for them.